"What is thinkable is also possible."

If one were to ask the philosopher Wittgenstein what is actually possible in history, he would answer: ‘What is thinkable is also possible.’ What if the course of history could be changed in order to allow something new to develop? 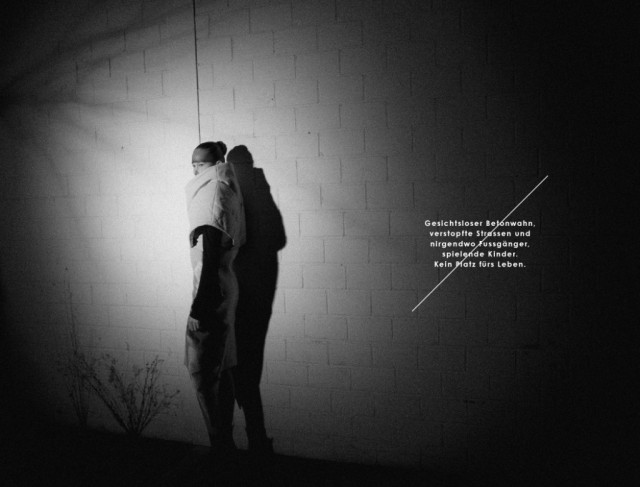 "The collection Addis Abeba -2012- is my diploma project and was developed in close collaboration with Matthias Fürst.

We asked ourself how clothing would have developed if the balance of power between cultures would have been different during the colonial era. For this reason we united Inuits, Europeans and African tribes to a peaceful community in the heart of Africa in the 17th century and tried to reconstruct how this culture and especially its appearance would have developed over three hundred years.

We combined technical materials such as silk, leather and woollen fabrics. For the printed fabrics we collaborated closely with the Swiss company Schlaepfer. A women’s collection emerged from this." 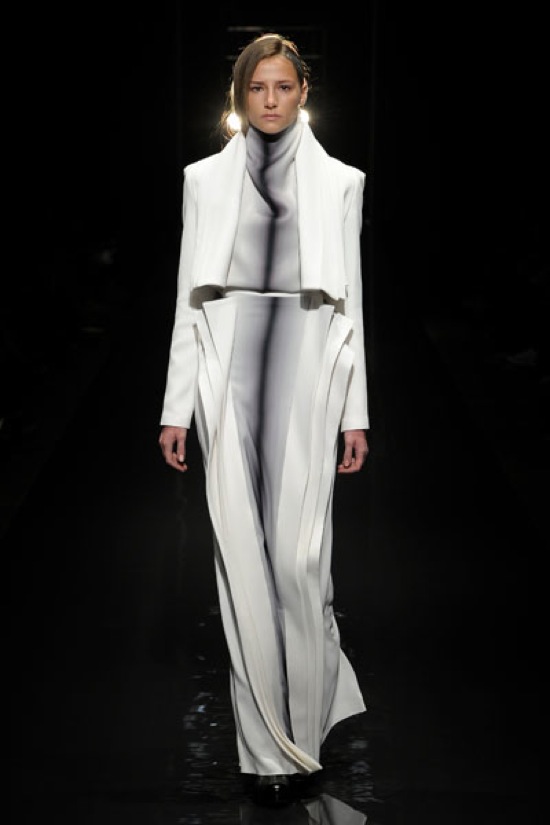 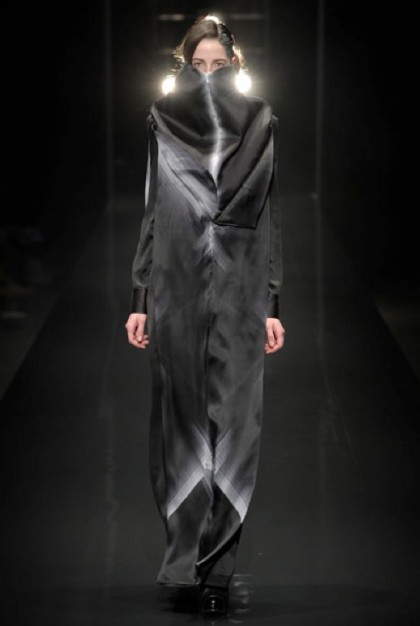 The creative process of a collection can be long and challenging, but is essential for elaborated garments such as these. For Karin, a strong concept behind a collection is a must so the project has a solid base with a thorough research behind it: "Matthias and I are very interested in history and the development of mankind thus it was a logical consequence to bring in this topics in my diploma collection. 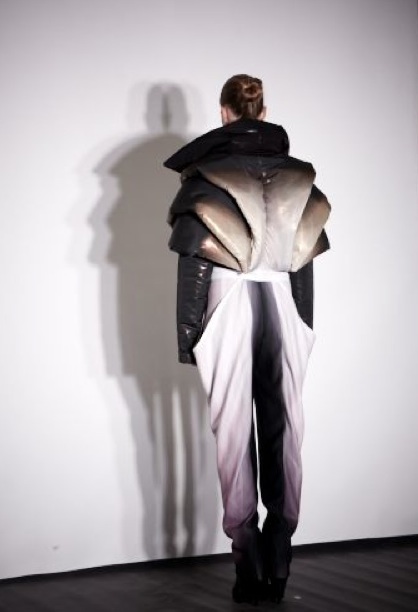 The concept was gained from the initial dialogue, which then lead to initial sketches and combinations after a week-long research period. At the same time we were working on setting copies inspired by the Baroque period and African patterns. The very geometrical forms were very influential for the defining of the silhouette. As it was important to us to create new proportions, we invested a lot of time into collages by constantly rearranging the sketches and model forms. 7 outfits were created during this process. As we wanted to conceive the model forms to exactly fit the cuttings, we needed to create specific cuttings masters. As controlled as this process may seem, the result couldn't be predicted or foreseen exactly before the implementation, which lead to some very spontaneous decisions, which are visible in the final result. " 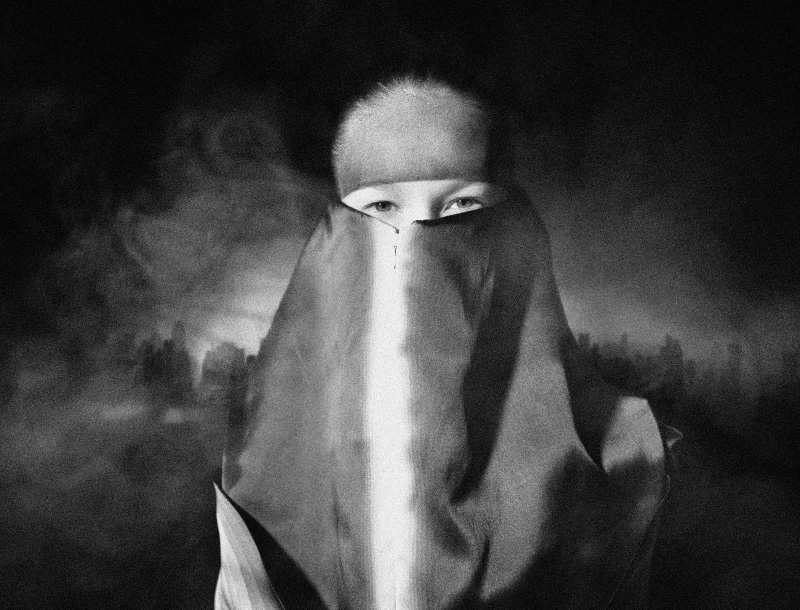 Karin Wuthrich and Matthias Fürst are currently working on a new collection which they plan to finish by the beginning of fall 2012. To be honest, we can't wait to hear abou the new complex and sophisticated concept they will come up with next time. Definitely a label to watch!

But first, come and enjoy Karin Wüthrich's collection at the Zeitgeist show on the 31st of May 2012.
Get your ticket here!

Looking back at some of my previous blog posts, there is a risk of people thinking I may be some kind of deviant sex pest who likes piercing and body modification. However in the interests of balance I thought I would shed a little light on London Fe...

In the wake of London Fashion Week the web is flooded with images and articles on the endless ten-minute shows with endless different styles and inspirations. I’ve decided to have a little look at some of the Menswear lines unveiled with a smarter, m...

Dom looks at how sport and art can create something beautiful and inspiring. In Dubai!...

Eye Jewellery and The Netherlands

Blogger Dom, has a look at the peculiar and controversial types of eye jewellery coming out of the Netherlands....