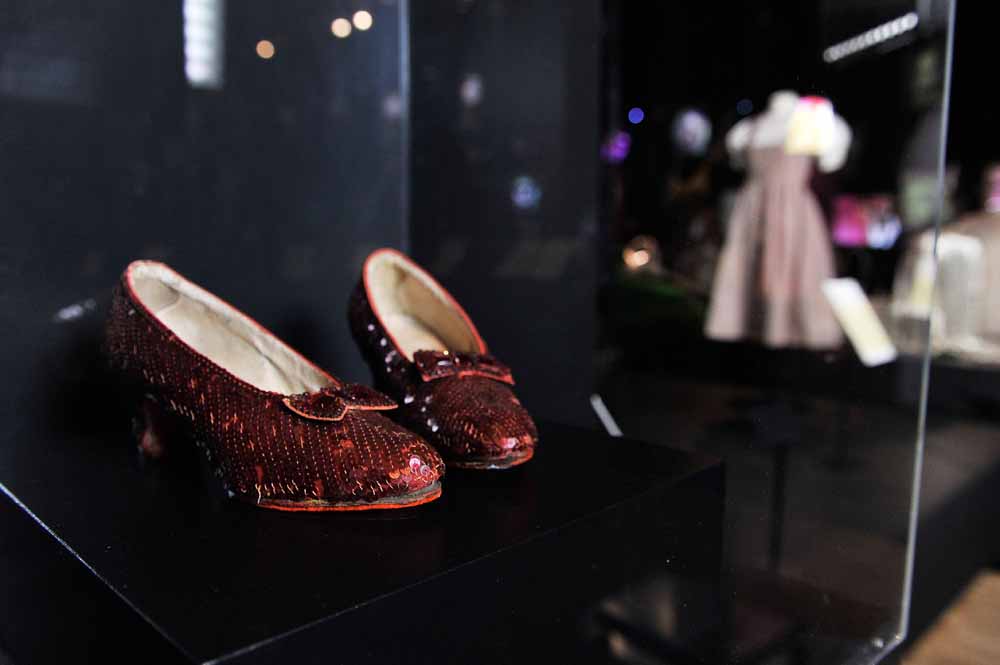 Costumes bring the movie star to life from script to silver screen. They can ignite passion worldwide and become part of our mythology – think Holly Golightly in her Givenchy gown in Breakfast at Tiffany’s or the battered leather jacket and fedora of Indiana Jones. Cinematic icons are born when the audience falls in love with the people in the story and this is what costume design is about. Costumes are so much more than clothes. The actors gait, posture and gestures and entire physicality are informed by what they wear. The costumes give meaning as to the characters’ very essence.

The V&A hit Hollywood Costume exhibition, which took five years in the making, displays a vast collection of eye-popping costumes from the early silent era to the digital age of today. The display, with its captions on walls and information on script stands, makes you feel that you are on set. Instead of generic mannequins, the clothes are presented on inch-perfect re-creations of the actor’s bodies with videos of their faces.

While the first part of the display, Scene I, focuses on defining the costume designer, Scene II explores the perspective of the costume designer more fully. This second gallery is about the situations in which the costume designers work and their collaborations with directors and the cast. There is a fascinating video discussion between Tippi Hedren, star of The Birds, and the film’s costume designer, Edith Head, who explains how carefully the green woollen outfit was chosen in which Tippi spends most of the film. Scene III, the Finale, makes a showbiz ending with a parade of the most famous outfits in movie history, including Dorothy’s Costume from the Wizard of Oz and the white outfit in which Sharon Stone famously crossed her legs sans underwear!

To get a glimpse into the making of this mega-successful exhibition, I interviewed Keith Lodwick, V&A Assistant Curator. 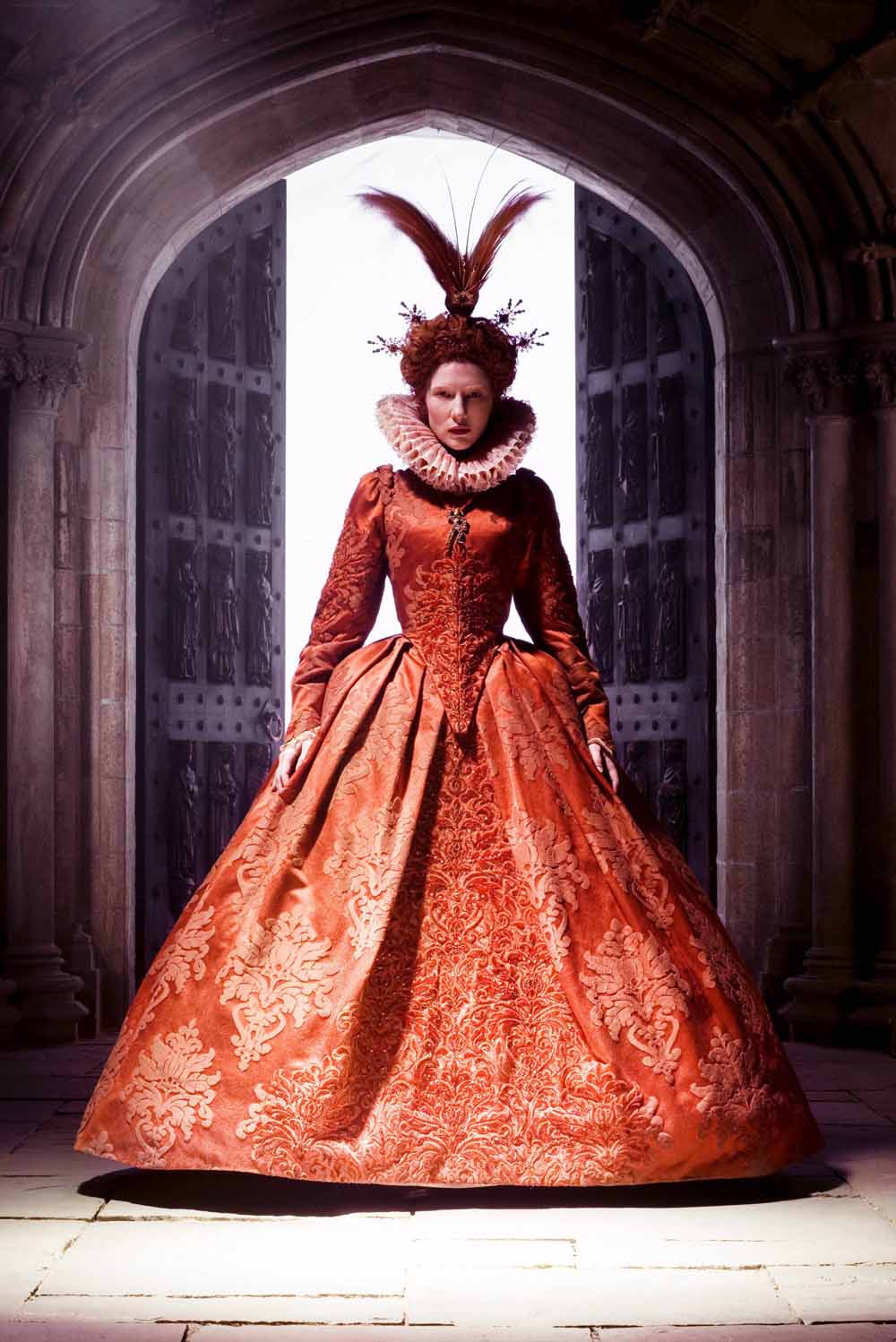 What was the inspiration for the exhibition?

The exhibition marks around a century of Hollywood film-making and presents an overlooked but vibrant and interesting area of design. The exhibition concept arose from original PhD research by Senior Guest Curator and costume designer, Deborah Nadoolman Landis. Hollywood Studios Universal and Paramount are also celebrating 100 years of film making this year, and the show displays costumes from 1912-2012, so the timing is perfect.

How did you decide on the layout and presentation of the costumes?

The exhibition is a three-gallery journey showing some of the most beloved film costumes in cinema history. Using montages, film clips and projections, the clothes will be placed in their original context, alongside interviews with key Hollywood costume designers, directors and actors talking about the role costume plays in creating a character. We have been working with award-winning exhibition design practice Casson Mann to use film, music and lighting to bring the costumes to life and to build a narrative through the exhibition.

How did you source all the wonderful costumes?

Many film costumes were not designed for longevity. Traditionally costumes were re-used and many no longer survive. It is has been a complex process to assemble and conserve the exhibition content from studios, museums, archives and collections around the world.

How did you decide which Hollywood Costumes to include?

We wanted the exhibition to appeal to everyone - film is a universal medium - so we included classic films from the Golden Age of Hollywood and current blockbusters such as Spider-Man, Avatar and The Dark Knight Rises. 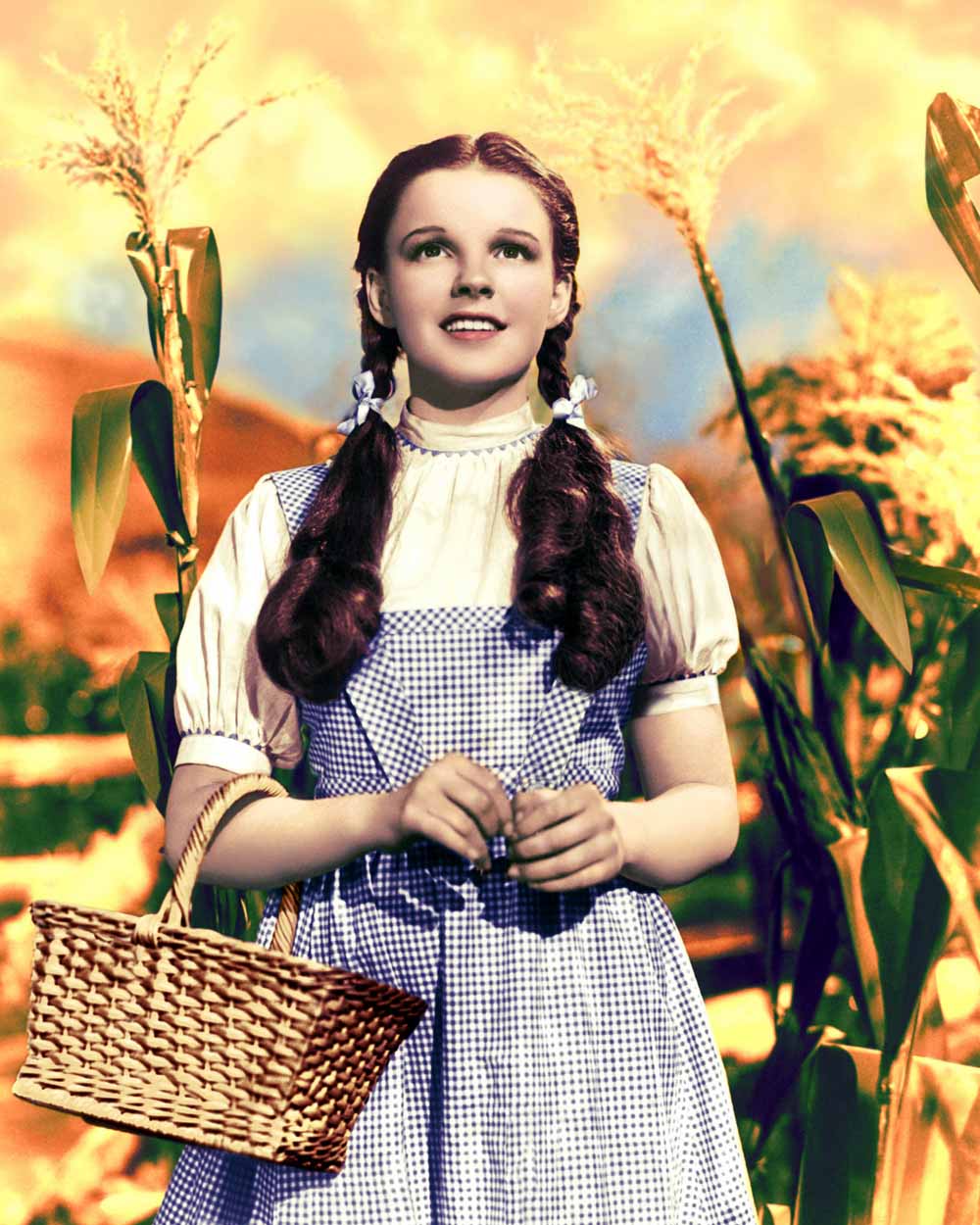 The Wizard of Oz seems to be the film that transcends generations so this was a 'must have', we were thrilled to include an original pinafore dress worn by Judy Garland and an original pair of ruby slippers which have been lent by the Smithsonian Institution in Washington. From Gone with the Wind to Harry Potter and the Half Blood Prince, there is somebody's favourite film in the exhibition!

Which costumes were the most difficult to source and to display?

Keira Knightley’s green silk Atonement dress designed by Jacqueline Durran – this dress is incredibly delicate and has to be displayed on a reclining mannequin due to the fine silk.

Vanessa Redgrave’s Camelot dress - Not only is the Camelot dress enormous and extremely heavy, it is covered with real pumpkin seeds which is a potential pest hazard. All these fragile seeds need securing to the fine top layer of fabric which is also extremely fragile requiring very sensitive handling.

Which is your favourite costume?

Star Wars (1977) had a huge effect on me. I was about ten years old when I saw it and had never seen anything like it before; Star Wars quite literally took me to another world. I wanted to be part of that world – not the fantasy world created in the film – but the creative team that created that world – directing, acting, designing etc – I didn’t know what I wanted to do with my life at that point but seeing Star Wars made me realize that a creative world existed and I wanted to be part of it. I remember staying in the cinema when the credits ran looking at all the people involved with the film – the cinema was empty at that point, but I wanted to see all the people’s names and what their contribution was. (Han Solo costume worn by Harrison Ford in Star Wars: Return of the Jedi (designed by Aggie Guerard Rogers and Nilo Rodis-Jamero) and the Darth Vadar worn by David Prowse costume from Star Wars: A New Hope, designed by John Mollo are two favourites.)

Read more from Catherine at: www.fashionfairy.co.uk

Retrospective: The History Behind Next Season

The cyclical nature of fashion is a constant: it’s the 60s and 90s that have made a comeback this current season. Blogger Catherine Amey was lucky enough to see Retrospective, an exciting London Fashion Week show that explores the past to predict cur...

A desire for simplicity mixed with layers and a love of colour were the main drivers behind Jasper Conran’s stunning collection on Saturday. It was the colour that stole the show for blogger, Catherine Amey....

Hats can be particularly enticing, as they conceal, reveal, augment and help translate a look. In celebration of hats and headwear as the pinnacle of fashion and style, BFW Blogger Catherine Amey explores Head On, an exciting exhibition at the Fashio...