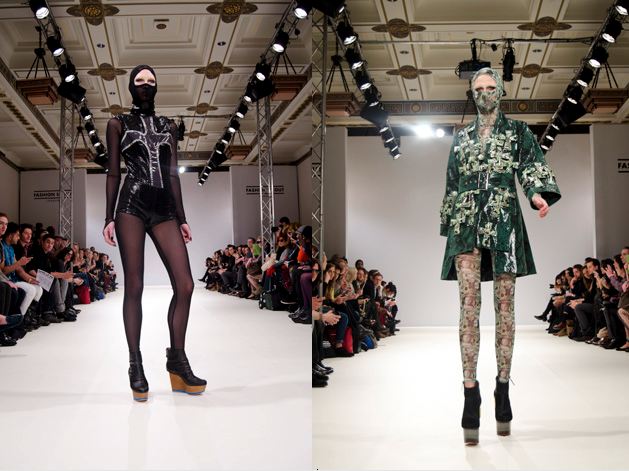 Fashion always seems to impress most when it contains elements of a terrifying nature. Alexander McQueen’s collections were often very tense and unnerving (I’m thinking S/S 2001 and A/W 2009), and there’s definitely something quite scary about the way some individuals dress while Fashion Week is on in London! But I always assumed that without the theatrics the likes of McQueen employed for his shows; the models skulking like dishevelled junkies, around unconventional catwalk layouts, the clothes themselves couldn’t possibly be scary, right? 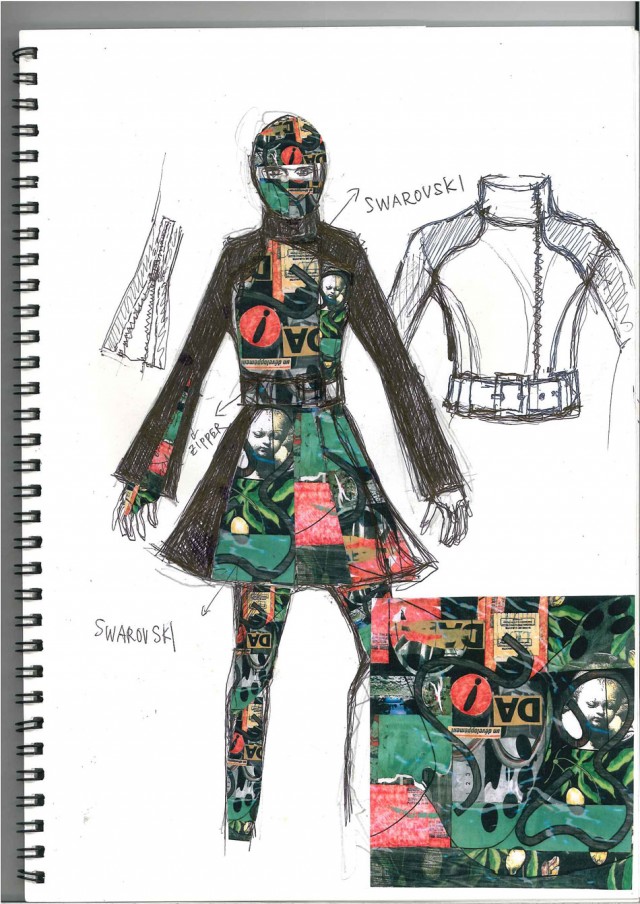 Wrong. The Dans La Vie collection, as part of the Fashion Scout shows, was rather unsettling to this innocent blogger. There were not theatrics, and nothing but a white runway with white lights and loud pulsating music to set the scene, but the clothes did all the talking, or should I say the eerie hissing. Titled ‘Invisible Enemy, Threat Found’, Rira Sugawara’s collection under the label Dans La Vie had definite hints of militant reptilian mutant women, camouflaged and prepared to attack. In fact, those teen fan MTV loving folk would appreciate a reference to the Kanima in Teen Wolf (but let’s say for the sake of my credibility that a “friend” thought this, not I). From the off, the printed balaclavas, snake skin peplum dresses in shades of deep green and black, and the general lack of a single eyebrow hair, made for a rather cold-blooded collection that slithered its way down the runway. 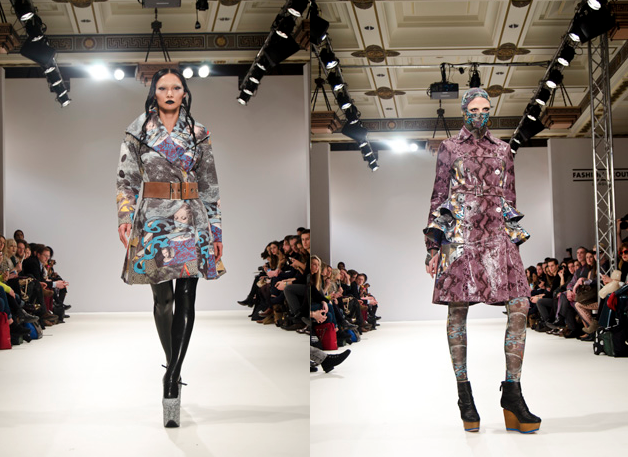 These women are hard, and powerful; they have a mission, probably a master and definitely a blood lust in their eyes. Yet as you look at the pieces up close, what creates the prints is in fact a jumble of seemingly unrelated imagery. From renaissance paintings of women, to torn newspaper clippings, to sketchy crayon drawings of snake eyes; it’s confusing but it adds a light-hearted, less threatening element to the collection. This is perhaps where the theme of “cyber attack” (as the description on the invite states) plays a role; in the form of an onslaught of seemingly unrelated clips of information. It’s an interesting concept, from an intriguing collection, and I for one will be looking out for Rira Sugawara’s designs in the future! 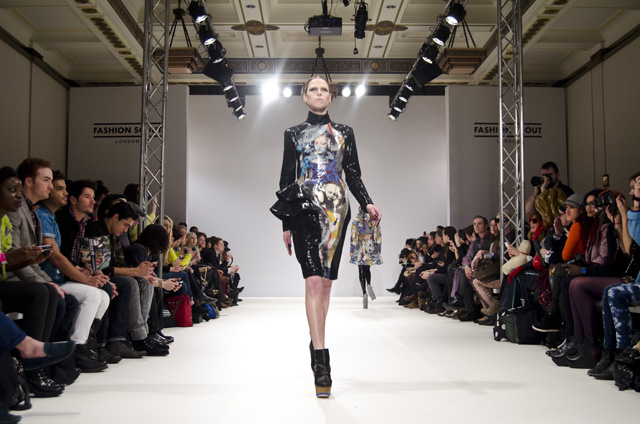